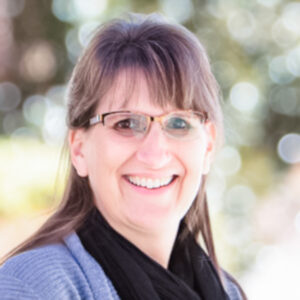 There were signs Tim wasn’t feeling well- he was tired and sleeping a lot. Back before we moved into our new home in late 2015, he’d been complaining about his side hurting and Tylenol wouldn’t take away the pain. But he wasn’t the kind of guy to go to the doctor. Then in January of 2016, we got home from attending a wedding and he said, ‘I just don’t feel good. Something is wrong and I’m going to the emergency room.’ He waited until the next day and went to the ER, and they ended up keeping him at the hospital. The next morning he texted me and said, ‘Come as soon as you can, but come by yourself.’ When I walked into the hospital room, my husband -who only cried at our wedding, and at his mother’s funeral and father’s funeral- actually broke down and started crying. He said, ‘I have cancer.’ Then he said it was colon cancer, stage 4. We were both in total shock; processing what cancer meant. The man who never went to the doctor, never took medicine, was going to have surgery to remove some of the cancer and would have chemotherapy in his veins- that was surreal to me. Tim had surgery the next week. The aggressive chemo they gave him just knocked him down. He was a trooper- he still tried to work and provide for his family. But the chemo knocked all his strength out and he became unable to work. I knew by mid-July he was going to die. I was walking in my backyard talking to God and said, ‘Lord, Tim’s not going to be with me much longer, is he? He’s going to die.’ Audibly I heard Him say, ‘No, Jeannette, he’s not going to be with you much longer, because I love him even more than you.’ I remember one of my conversations with Tim at the time, after we were told the chemo wasn’t working. I started it by saying, ‘This cancer was not part of our plan.’ He said, without blinking an eye, ‘No, but obviously it is part of God’s.’ Tim shared openly through his battle with cancer that he was not afraid of dying. He believed with his whole heart Paul’s words from Philippians: ‘For to me, to live is Christ and to die is gain.’ He passed not even two months later: September 9, 2016.

The first thing that went through my brain after Tim passed was: How am I going to be able to support myself? We had always been self-employed and middle class; we didn’t have retirement plans, significant life insurance, none of those things. We had poured our life savings into our home, where we once thought we would grow old together. Though I had an accounting background, I was only working part-time, caring for children in the nursery at CSPC. I went to a co-worker and expressed that I didn’t make enough in my part-time nursery position to support myself, so I wasn’t sure if I could stay on staff. That co-worker brought my concerns to church leadership, who went on to create a Caring Ministry Coordinator position for me. Kris Johnson, Torrey McMurray and Andrew Keasling were among the staff closely involved in thinking this through and ultimately helping make it happen.  Pairing that job with my nursery job got me to full-time. I did both through 2019, when the Caring Ministry Coordinator became a full-time staff position and I left my nursery job. My role is to truly care for the spiritual and physical needs of church members, especially those enduring trials like a health struggle, loss of a job, grief, or family strife. I help offer love, care, support, and encouragement through prayer and other resources available through the CSPC. It’s my life experiences that help me love and serve the Church. And those traumatic experiences were not over after I accepted this role full-time. In November 2019, my daughter Amanda called me, telling me the mother of my 4-year-old grandson Levi had called her up and was hysterical, saying Levi had died. Zachary -my son, Levi’s father- had been living in Indianapolis, while Levi had been living with his mother in Alcoa. So Zachary came down from Indianapolis. The hardest thing I’ve ever done in my whole life was taking my son to the funeral home to see his baby boy lying on a gurney. Without getting into details, suffice it to say Levi was not sick- his life had been taken by another. His official cause of death was blunt force trauma to the head.

Levi was half Caucasian and half African American, so he had really dark, curly hair. When an autopsy is performed, they shave the head. So when Zachary saw Levi, all of his usual curls were gone. The bruises and contusions on his head were clearly viewable- the hardest day of my life. I remember feeling intensely tested by the Lord, thinking, ‘God, you say you’re real. Yet this! I’m supposed to love you. Yet this! God, this isn’t supposed to be part of the plan.’ Tim had been gone three years at this point, and I had just been coming out of the fog of that trauma. I was angry. When Tim passed away, I could not read my Bible for a few months. I didn’t want people calling and texting me about how God loved me and had a plan for my life. I didn’t want to hear any of that. When Levi died, I experienced that same sort of feeling, plus I was so mad and angry with the Lord. Yet He met me in this deep, dark place and showed me His tenderness so graciously. He gently reminded me the world was fallen and decaying and filled with so much sin, and that there was a very real sense in which He didn’t desire Levi’s death to happen at all. It took a while, but I came around. The outdoors is where I connect with God the most, looking at His creation and handiwork, and that was the place where He really reached me. As I looked day to day at the glory of His creation around me, I was reminded that He also created me and my family for His purposes- that He is good and is faithful. My faith grew stronger and deeper. God also showed Himself through the Scriptures. I had never been an Old Testament person, but that was where He most often showed Himself to me. Whenever I‘ve found myself asking ‘Why?’ after Levi’s death and through my other trials in life, Isaiah 55: 8-9 has brought encouragement to my heart: ‘For my thoughts are not your thoughts, neither are your ways my ways, declares the Lord. As the heavens are higher than the earth, so are my ways higher than your ways and my thoughts than your thoughts.’